On this week’s episode of Inside The Film Room, Jake Lawler and I reviewed the 2003 blockbuster hit, “Pirates of the Caribbean: The Curse of the Black Pearl,” and there’s a lot to love here.

Of course, there’s Johnny Depp’s iconic Captain Jack Sparrow, there are plenty of swashbuckling adventures and thrilling sea battles, but most importantly, there’s one of the best – and sexiest – on-screen couples of all time. Sure, the cannons and sword fights are bound to get your heart pumping, but not nearly as much as Orlando Bloom and Keira Knightley oozing sex appeal as Will Turner and Elizabeth Swann.

The pairing starts off as a sort of star-crossed lovers, separated by their obligations to fulfill different societal roles, but as they set sail across the seven seas their love blossoms into something truly steamy. I mean, just see for yourself:

So, with hot movie couples on the brain, I set out to rank the five hottest on-screen pairings of all time. Now, this isn’t the most attractive celebrity couple or the best looking real-life movie star duo – these pairs are characters who must be in a relationship in order to be eligible.

Before we get started, there are a few honorable mentions to get out of the way – couples who were on the brink, but ultimately just barely made the cut. 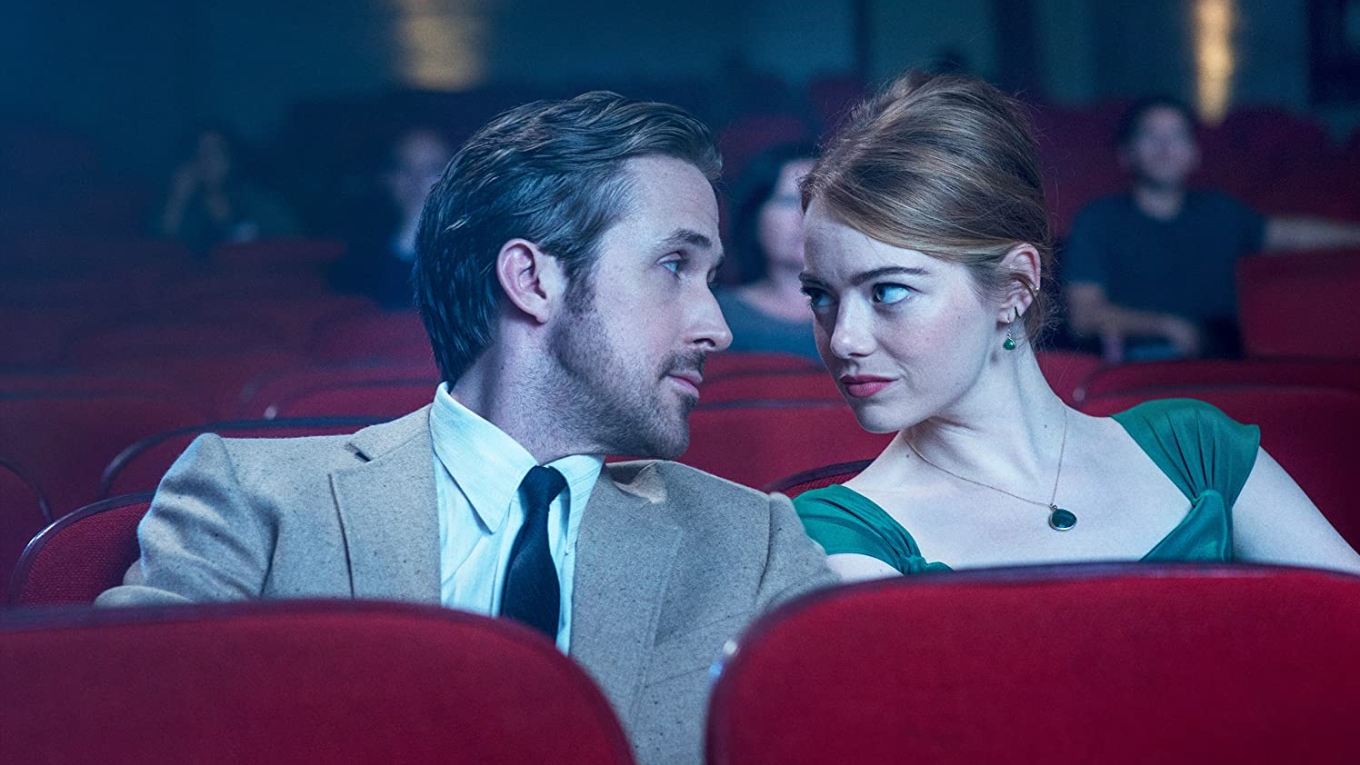 You know you’re dealing with an elite group of finalists when even the Gos God doesn’t make the cut. There’s no denying the attractiveness of Sebastian and Mia when you have Gosling and Stone bringing them to life on screen. Plus, you throw in the duo’s musical abilities and they’re even more attractive. However, if I’d opted for the pair’s other on-screen romance in “Crazy, Stupid Love,” they surely could have made the top five. Alas, I haven’t seen that movie, so here they are on the outside looking in. 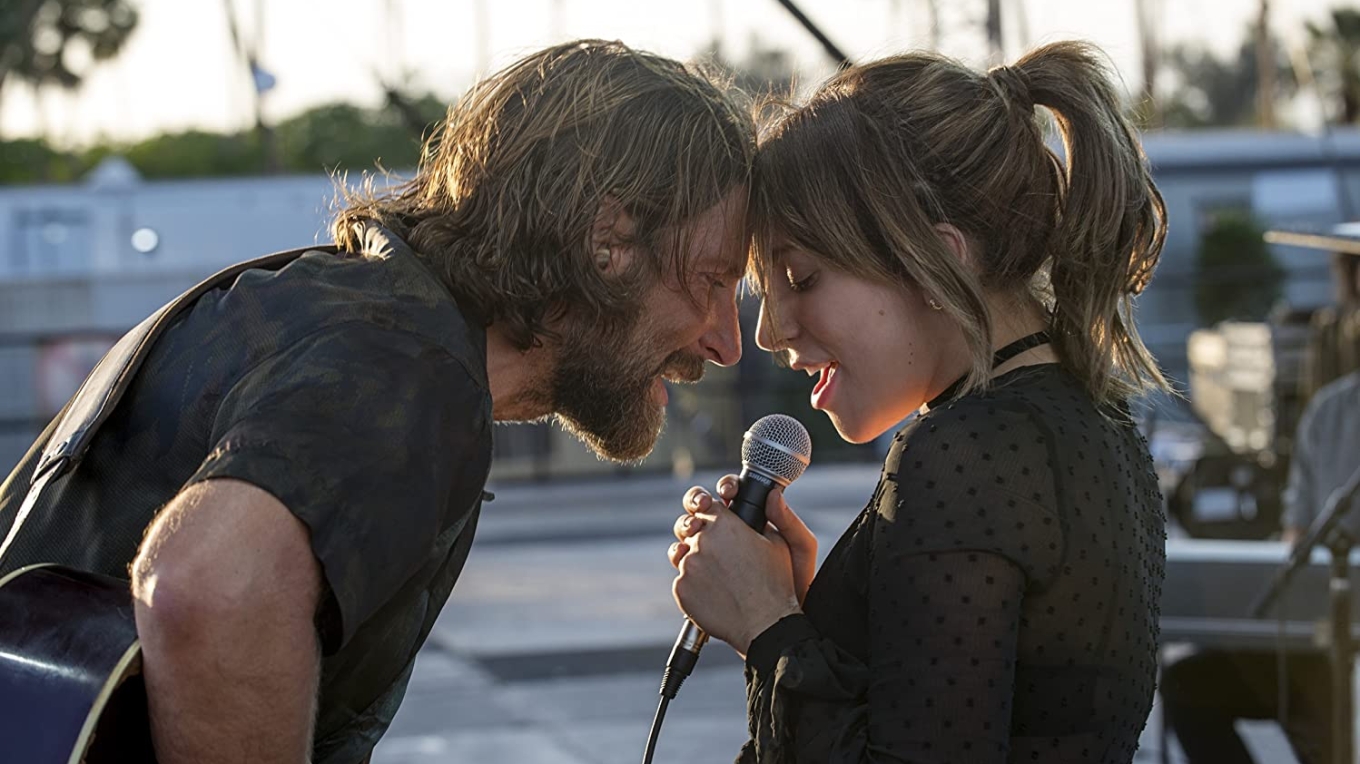 Remember what I said about real-life couples? Well, this was a relationship that we were all begging to see jump from the screen to reality – especially after their duet at the Oscars in 2019. While that may not have materialized, there was certainly enough on-screen chemistry to justify their near placement on this list. Now, no one is calling this a healthy relationship, but it sure was an attractive one. If you were born in the late ’90s or early 2000s, this couple holds a special place in your heart. Every kid grew up wanting a high school romance like Troy and Gabrielle – whether they admitted it or not. Efron served as a teen heart throb for an entire generation, and this is where it all began, and Hudgens certainly held her own alongside him. Plus, this is the third straight couple with musical abilities, so I think it’s pretty clear that a singing voice makes you instantly more attractive. The only thing holding Troy and Gabrielle back was the fact that they were so little, portraying high schoolers throughout the films, so it just felt a little bit dirty to include them.

5. Will Turner and Elizabeth Swann – “Pirates of the Caribbean”
Orlando Bloom and Keira Knightley 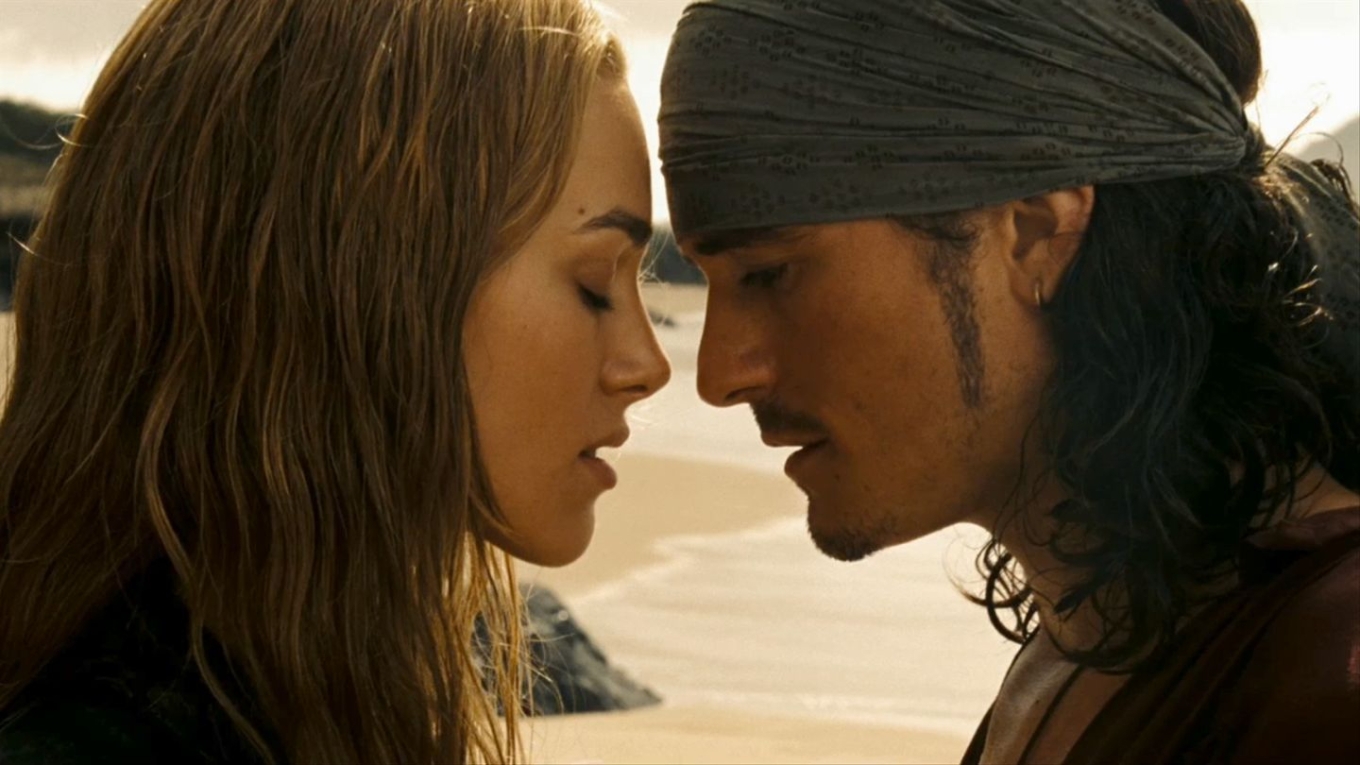 As much praise as I’ve already heaped on this power couple, they barely snuck into the final five. That just goes to show how competitive things are here at the top. Similarly to Troy and Gabriella, Will and Elizabeth were relationship goals for a generation of children who grew up obsessing over the “Pirates of the Caribbean” movies. Just like Natalie Portman’s Padmé Amidala or Carrie Fisher’s Princess Leia before her, having a mega crush on Knightley’s Elizabeth Swann served as a rite of passage. Trust me, I can speak from experience. But the key to making this list is an equally attractive pair, and Bloom’s Will Turner fits the bill – especially as the franchise progresses and he transitions from upright citizen to rebellious pirate. I mean, just look at them by the third movie: 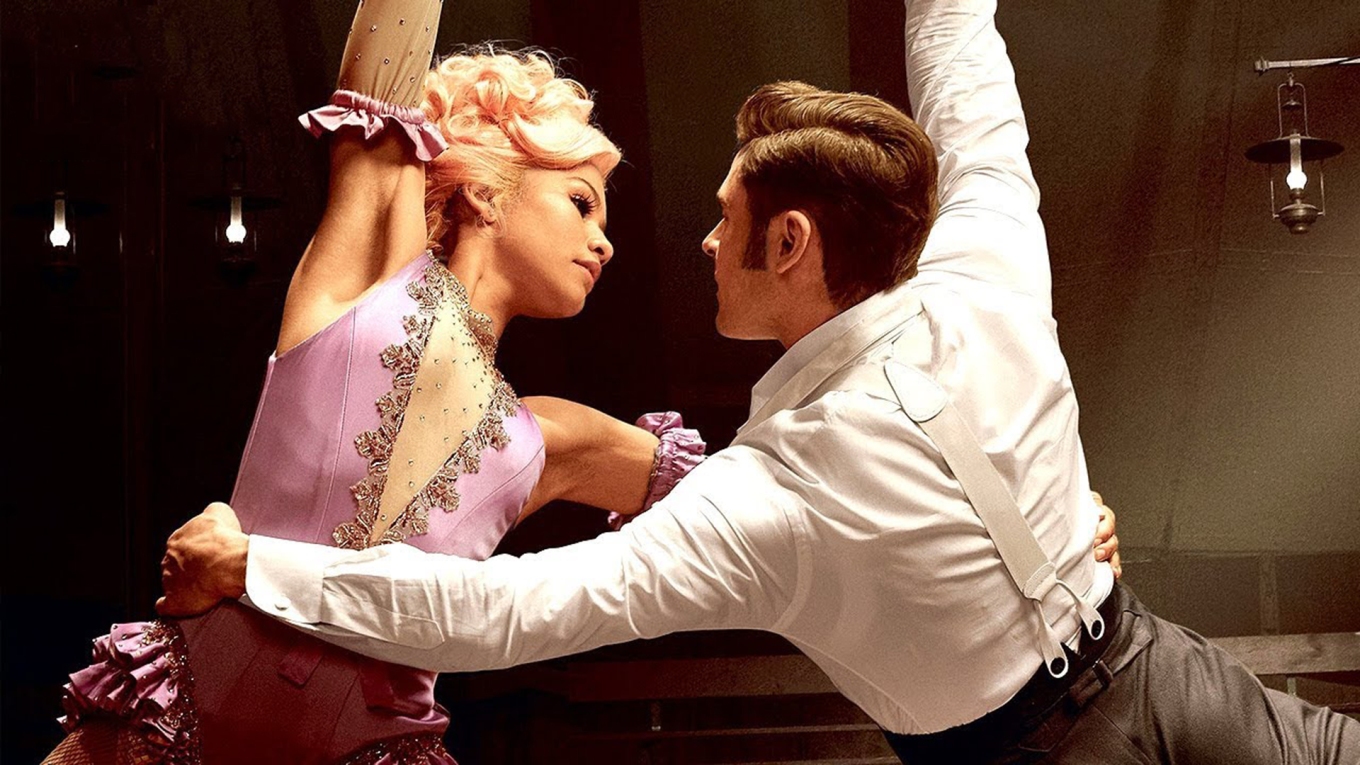 Efron may not have qualified as Troy Bolton, but he makes the list alongside Zendaya for their romance in “The Greatest Showman.” The movie isn’t all that great, but it has some bangers on the soundtrack and it never hurts to ogle two uber-attractive movie stars for an hour and a half. Eleven years later Efron is more matured here – and more chiseled – and Zendaya matches his attractiveness completely. 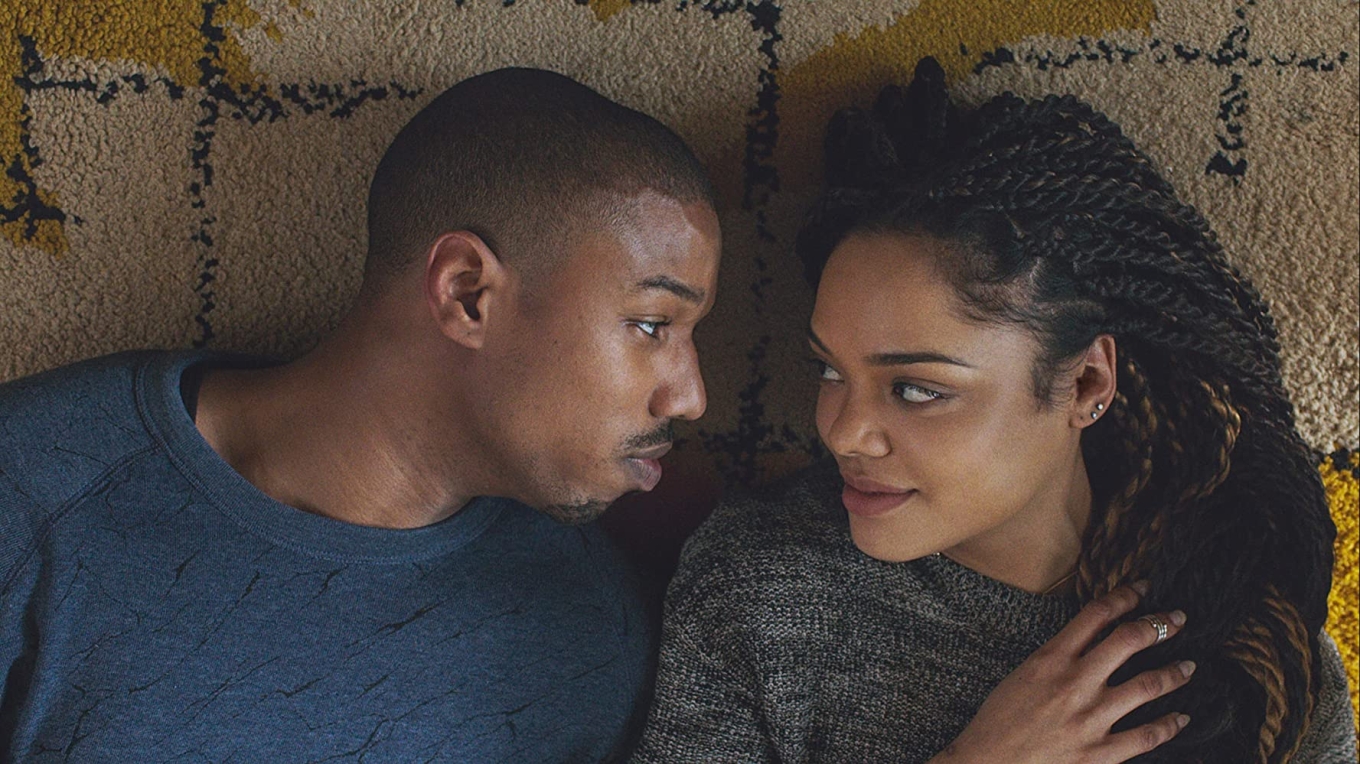 My goodness, we’re really getting into the Greek God level of beauty here. I dare you to find me a specimen more defined than Michael B. Jordan in “Creed.” You simply can’t. And it never hurts when he spends three-quarters of the movie glistening sans shirt. While he may be the one flaunting his body all movie, that still isn’t enough to draw any attention away from Bianca. This truly is a next-level pairing. 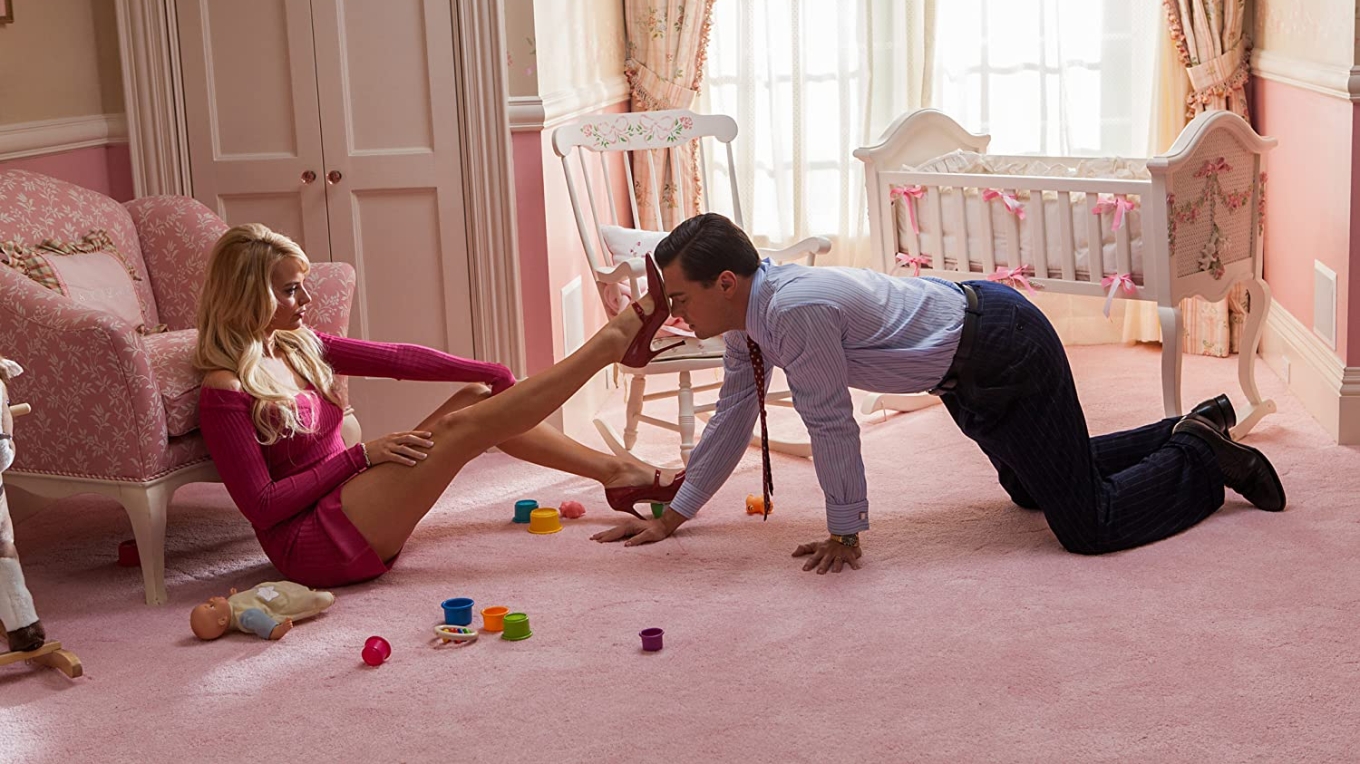 In classic Leonardo DiCaprio fashion, there’s a 16-year age gap between himself and Margot Robbie. While Leo is by no means unattractive, Robbie is the one doing the heavy lifting here as Jordan Belfort’s knockout wife, Naomi. This was when Robbie really came onto the scene, and just like Belfort in the film, all it took was one glance for the world to fall in love, too. Again, nothing about this relationship – or really anything in this movie – is very healthy, but it’s still a whole lot of fun to look at. 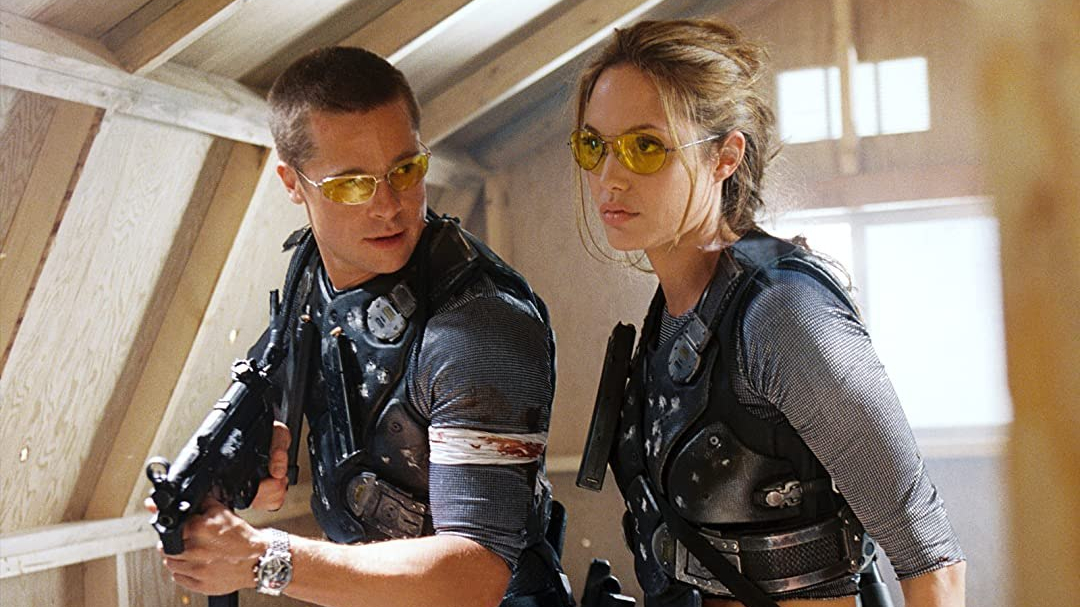 I mean, this fictitious relationship was so damn spicy it convinced Brad Pitt to leave Jennifer freakin’ Aniston. No matter what side of the split you fall on, you have to admit that a duo has to be giving off some serious sparks to reach that level. Part action, part comedy, part crime, part romance and all sexy, “Mr. & Mrs. Smith” is one of the most simultaneously thrilling and arousing movies of all time. On top of just being two absolutely beautiful people, the chemistry between Pitt and Jolie is so strong that it makes up for any other flaws the movie may have. From the erotic tango to the steamy flashbacks, it doesn’t matter whether John and Jane are hooking up or trying to kill each other – or doing both at the same time – it’s all hot here.

For more on the hottest movie couples of all time, plus our throwback review of “Pirates of the Caribbean: The Curse of the Black Pearl,” check out this week’s episode of Inside The Film Room.

Zach Goins is a member of the North Carolina Film Critics Association based in Charlotte, N.C. Zach co-founded Inside The Film Room in 2018 and serves as Editor-in-Chief of the website and co-host of the podcast. Zach also serves as a film critic for CLTure.org.